Welcome to the first day of Spring!  It’s 25 degrees here right now, the birds are singing, the butterflies and insects are busy, the smell of jasmine is in the air… I must say it really feels like Spring.

Now a Virgo stellium ain’t here to mess around. Over the next fortnight get ready to move mountains and watch your to-do list evaporate. This stellium is like a laser beam with laser-like focus, where we can identify who or what are the productivity thieves in our lives, and nip them in the bud. We have the opportunity to really get our act together. This is a great time to address all of those nagging chores we have been procrastinating over, such as getting the tax return done, the car serviced, or a thorough spring clean of our homes and lives. Also for putting the systems in place that are going to assist our productivity moving forward. We don’t often get this cosmic boost to do something truly useful, so make hay while the sun shines.

This month begins with an earthy Grand Trine – the productive Virgo stellium trines Saturn, the South Node & Pluto in realistic Capricorn and also trines Uranus in practical Taurus. Consolidation is the key here, so is having your feet firmly planted on the ground. But before we go breaking records in workaholism, Uranus is also in the mix. The Uranus trine is asking us to breakfree and try new things. It makes this earthy trifecta much more likely to experiment, push boundaries, take a leap and make changes where we are not quite sure what the outcome will be.

It’s as if the changes we tried to make (or were made for us) last month when Uranus squared the Leo stellium, now come to fruition with relative ease… and we experience the liberation that goes with that.

In the first week and a half of September, all those Virgo planets are set to square Jupiter, the planet of opportunity, beginning with Venus on 3rd, Mercury on the 6th, then the Sun on the 8th, and finally Mars on the 11th. We might find our calendar can easily become chocked-full of engagements, which has us playing catch-ups a few days later, mentally burning the candle at both ends. Be careful not to over-commit.  Jupiter in Sagittarius can work quite well with the Virgo energy – as the Jupiter brings opportunity, confidence and faith in oneself, and Virgo can put it to work, and provides the necessary discrimination. The word of warning here is around not over-promising and not overdoing it, remember you only have so much in the tank. This period will affect those with planets around 15° Mutable (Gemini, Virgo, Sagittarius, Pisces).

On 14th September at 2.34pm (AEST) there is a Full Moon in 21° Pisces. This Full Moon is right next door to Neptune at 17° Pisces and it just so happens that this is the same day Mars opposes Neptune, both at 17°. And the Moon-Neptune conjunction opposes the Virgo stellium by sign. The Full Moon energy highlights opposing forces or polarities in your life. With the Virgo-Pisces, these are likely to be the push/pull of ego vs emotion, discrimination vs. intuition, focused vs. diffused, the micro vs. the macro, and doing vs. just being. The Full Moon always shines the light on all that we have created over the last cycle, and we are now reflecting on what has been a most productive month! But in hindsight, could we have achieved these results without having to “white knuckle”? …sans-stress? This Full Moon is asking us to *let go* and open up to a level of consciousness that is greater than our minds. It is also a wonderful opportunity for creative inspiration, the perfect combination of dreamy imagination with the skills & craftsmanship to make these ideas a reality.

Throughout the course of September all of those Virgo planets, one by one oppose Neptune, reminding us that ‘what’s not real, is real’, and to not loose the forest for the trees.

On September 18th Saturn turns direct, after having slowed to a grinding halt and stationed for 3 days at 13°54’  Capricorn. For those with planets at 13-14° Cardinal (Aries, Cancer, Libra, Capricorn) this might feel burdensome, or like you are being held to account in a certain area of life. Luckily that which doesn’t kill us, only makes us stronger and there is a sweet sense of Saturnian achievement on the other side of your obstacle.

On September 21 Jupiter comes into square with Neptune for the 3rd and final time this year. This is the most slow moving and significant aspect this month.  As we know, both planets are in their home signs, making this a strong square. It’s interesting (and ironic) that the natal chart for the Vatican has this as an aspect. We have seen this aspect play out this year on the world stage, as the line between truth (Jupiter) and illusion (Neptune) gets more and more blurred in the media and with social media. Is “Fake News” from Politicians fake, or is real news fake? On a personal level this has to do with seeking higher meaning coupled with spiritual growth, or aligning ones beliefs with intuition. The square warns us of the need for constant reality-checks, to not let optimism blind us, and revise our assumptions & beliefs based on what we have recently learned.

On 23 September at 5.51pm (AEST) the Sun will enter Libra, and Spring will be well and truly sprung. This is one of the four pivotal times of the year, when the Sun crosses the astrological Cardinal angles giving us the Solstices and Equinoxes. Astronomically at the time of the Equinox the Sun crosses the celestial equator, casting the same amount of daylight on both the Northern and Southern Hemispheres of the Earth. For 3 days we experience the sense of sun-stillness, where we have equal length of day and night, before our days gradually start to become longer in the Southern hemisphere.

September draws to a close with a New Moon at 05°20’ Libra at 04:27 am (AEST) on the 29th. Enter stage left our next stellium; Sun, Moon, Mercury and Venus in Libra – quite a shift in energy from Virgo. Chances are your work is done (for now), we now look to reconnect socially and find some balance. Slap on some lippy (or choose a nice shirt) and call a friend, we’re going out! 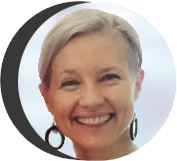