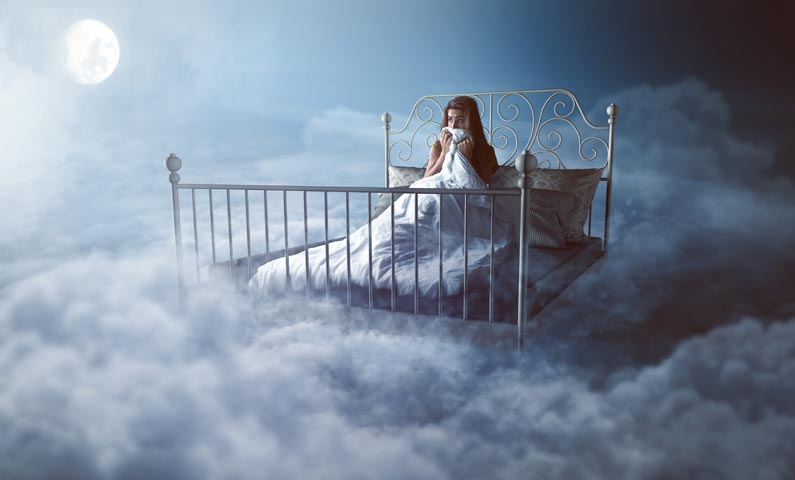 A blast from the Past

Have you ever had the experience where you wake up during the night and you don’t know where you are? There are a few seconds of momentary panic as you try to orientate yourself to the room. It usually happens when you are travelling or in an unusual setting. This feeling encapsulates the energetic pattern for April. I don’t wish to alarm people as I don’t see this as ‘bad’ but the contrasting energies that are created in the solar system have us feeling a little uneasy and possible disoriented until we adjust. The feeling may be similar to the one I presented in my analogy. After you realise where you are, there is a sense of relief almost joy at knowing everything is OK.

The month commences with a Mercury/Neptune conjunction at 17 degrees Pisces on the April 3rd remaining strong for the first week. This is closely followed by Venus joining the mix and coming into conjunction with Neptune on the 10th. The three stay in close proximity until Mercury shifts to Aries on the 18th and then Venus on the 21st. This actually sounds quite lovely doesn’t it, a rather soft, sensitised energy around love, dreams and heightened imagination. Yet look what’s happening in another part of the sky. Saturn is edging its way ever so close to Pluto coming within 3 degrees at 20 Capricorn. The back-tracking Lunar South Node is now conjunct Pluto and coming into conjunction with Saturn on the 22nd while Pluto begins to station retrograde on the 24th. It’s actually rather comical in an undercover way. It looks as through both Pluto and the South Node need to address Saturn and uncharacteristically Saturn backs off, stationing retrograde itself on the 30th. Like a crazy cartoon Pluto and the Node are on the chase and Saturn needs to get out of there.

Now let’s put all this into a human context. For the first couple of weeks of the month we could be lulled into a false sense of security so to speak. Even the Moon gets into the act in the Pisces stellium from the 2nd -4th of April. This could feel quite ‘drifty’ for some and could actually feel rather blissful if you can say awake. This has all the classic ingredients for not seeing what’s right there right in front of you. The Pluto/South Node conjunction is digging down into your past. Many people I believe could make big mistakes over this period mainly by opening their hearts or minds to the wrong people. Staying ‘awake’ is so important as your insight will be at its height. By staying awake I mean being switched on intuitively. Listening to your gut and being totally aware of what’s going on around you, particularly around trust and errors that you have made before.

As the month wears on Mercury and Venus move into Aries. The Sun ingresses into Taurus on the 21st and conjuncts Uranus on the 23rd which coincides time-wise with the Pluto/South Node/Saturn stellium.

Here is where the analogy I brought up at the beginning kicks in. There is a shock to the system. We sit bolt upright in bed. Our hearts beating against our chest. Where am I?? I don’t recognise this room! But you do. You are now being hit by a major blast from the past so to speak. Saturn the planet of stark reality hits us right between the eyes bringing up something that we have played out before. Any area of our lives past and present where we have relinquished responsibility to someone else will become very real now. This could play out as giving someone permission to play around with your feelings or allowing them to take charge of you and what you can do. More obviously it could just be trusting someone else over yourself. Can you see how this could be a real ‘in your face’ moment after the gentler but stupefying Neptune stellium. We now begin to refocus bringing ourselves back into the room and recognising where we are. This will be a very sobering moment whichever way you play it, but let’s hope you are one step ahead of the game. This is then followed a rather long Saturn retrograde period for us all as we buy our ‘Saturn Gym’ membership and pump up our ‘take charge’ muscles so we are strong enough to face what Saturn has to offer when it turns direct on Sept 18th. No more panicking in the middle of the night. We know where we are, we are in London, or Bali or at your friend’s home, things are now making sense, you are feeling more an on top of things and not losing grip. During the Pluto/Saturn/ South Node conjunction the ball is in you court to change previous habits around lack of personal power. Don’t allow life to take charge of you, you are the boss. Now go back to bed and sleep tight.